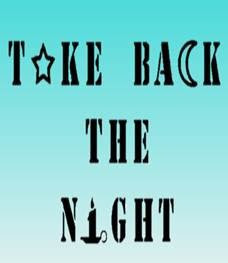 WHAT: The University of Illinois Springfield and Lincoln Land Community College will hold the fourth annual Take Back the Night march and rally.

WHERE: The candlelight march will start on the UIS quad and end on the south patio of the Health Sciences Building (HSB) at UIS where a rally will be held.

DETAILS: Take Back the Night is a movement inclusive of all genders and sexual orientations that brings survivors, supporters and activists together in a call for the end of violence against women. The event will include survivor stories, music, a poetry reading, ice cream, and t-shirts for students who arrive early.

The Clothesline Project, an initiative to support victims of domestic violence will also be on display on the HSB patio. The project is a vehicle for women affected by violence to express their emotions by decorating a shirt. They then hang the shirt on a clothesline to be viewed by others as testimony to the problem of violence against women.

The event is sponsored by the UIS Women’s Center, UIS Women of Dignity, UIS Women’s Issues Caucus, UIS Office of Disability Services, LLCC Feminist Activist Coalition, and the LLCC Gay Straight Alliance. Funding for the event was provided by the UIS Student Government Association and the UIS Vice Chancellor for Student Affairs

For more information about the march and rally, contact the UIS Women’s Center at 217/206-7173 or email womenscenter@uis.edu.
Blake Wood at 1:29 PM
Share